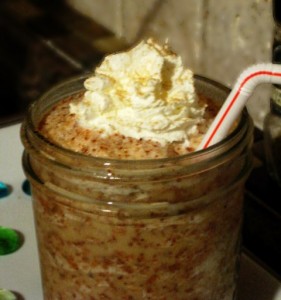 I just finished off this amazing frappuccino a little while ago. I bought several different kinds of baking chips and candy bars and stuff to use for coffee experimentation the other day. I found these cinnamon chips (like chocolate chips only cinnamon). I’ve had a vanilla cinnamon frappuccino  before, but I thought it would be fun to try it with the cinnamon chips…It turned out incredible! 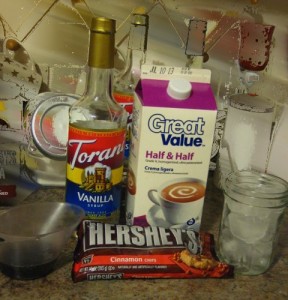 So, our ingredients: Hershey’s Cinnamon chips (I found them at Walmart), Torani’s Vanilla Syrup, Half and half, coffee/espresso, ice. 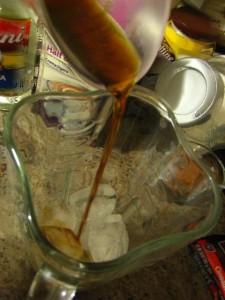 First, put about 9 cubes of ice in the blender and 1/4 cup coffee or 1-2 shots of espresso. 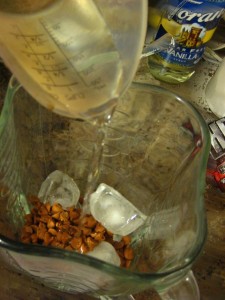 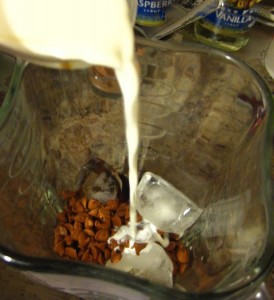 Last, pour in 1/2 cup of Half and Half (or regular milk if you prefer), and then blend it all up for about 30 seconds or so, until nice and smooth. Then you can drink up and enjoy. The little bits of cinnamon chips are a nice bonus to it too!

I Love Coffee! Get the Book!